Stepping out and taking risks, whether it’s starting a new venture or launching a job search, is a big deal and it needs to be 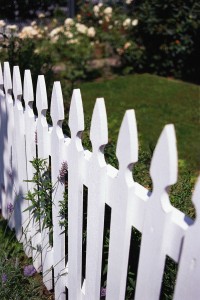 protected from naysayers and doubters.   Without protection, your own fears can kick in and start to dominate, reducing the amount of action you are willing to take.  No action=no results=fears confirmed=SNAFU!

What’s the answer?  Training the people around you to behave in ways that fuel you and your dream and not detract from it.  Sound selfish?  Good.  It is.  And it’s exactly what it takes to make a dream come true.

People who reach the goals they set for themselves know that they need to set boundaries that keep them and their dream safe.  Boundaries are a fancy word for ‘NO’.  You have to say no to influences that will keep you from achieving what you want.  Unfortunately, setting those boundaries means you are changing the rules in many of your relationships.  This in itself takes courage, but I can tell you, you will be better for it.

For example, Marianne was an executive who made $200,000 a year.  She had grown so tired of her work, where she had to live, and how much travel she had to do, that she wanted to make a change.  She knew moving across the country and finding new work would probably mean a salary reduction, but she did not care.  The people in her life, however, cared very much.  Her colleagues, in-laws and friends accused her of losing her mind and were very critical of her.  She began to question herself when she realized she had to stop talking about the change she was making with those that did not approve in order to stay on course.

She came to seek support only from those people in her life, even new people, who were willing to see for her what she saw for herself.  She successfully made her move and was very happy with the results.

Pulling her dream from those that wanted to tromp on it, was a form of setting boundaries.  In other cases, you might need to actually train other people on how they have to behave around you. Yes, that may mean actually telling people the truth.  Like:

“When you doubt me, it makes me doubt myself, so I won’t be asking for your opinion anymore.”

“I need to hear what’s good about this, not what can go wrong.”

“I know you count on me to be here for you when you need to talk, but right now, I need to focus on a problem of my own and need you to listen to me.”

People, like puppies, are trainable, if you are kind and persistent.  You can draw lines in the sand and keep negative influences away from you.

And in case you need one for your Thanksgiving gathering, here’s one more script:

“This is a time for being grateful for each other.  Can we save the bickering for next year?”