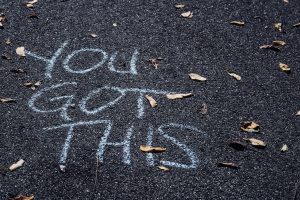 Our brains are command central for all operations in our body but when it comes to finding direction for your life and career, it can be your biggest obstacle to clarity.

If I could invent a magic pill, it wouldn’t be one to make your wishes come true. It would be a pill to turn off the linear, logical, analytic, judgmental part of  your brain so you can compute POSSIBILITIES!

Week after week, I am in conversation with people trying to find their next professional step. My job is not to prescribe a path or psychically predict where they’ll end up.  It’s never been clearer that my job is to change people’s thinking. From no options to new horizons. From impossible impasses to new tributaries—-it all gets down to how we think. If you think you’re too old, not good enough, part of an irreplaceable dead industry or too insolvent to go back to school, then YOU ARE!

I’m not talking about magical thinking or denying cold, hard facts but I am talking about finding what you are looking for. And if you’re looking for that list of NO’s, you’ll have no problem finding them. On the other hand, you can use  the same amount of energy looking for possibilities and open doors. It’s MUCH MORE PRODUCTIVE.

In a single one hour group call this week, with one simple exercise, we by-passed logic and unleashed exciting, life affirming possibilities:

Jane, in a safe, well-paying job saw no way to get to her dream because of the cost of going back to school. With logic, out of the way, she reported in twelve hours later, that she had identified several programs where there are scholarship opportunities.

Roseanne, stuck and somewhat depressed for months, was paralyzed because her industry has shrunk, and she was seeing no other avenue for herself. When her left  brain was sideline by the exercise, she confessed she had a project she kept locked in a drawer that would open a whole new path for her. She giggled in delight as she  promised to act the next day to contact a person who could point her in the right direction.

James asked to use a personal situation instead. A recent emergency put a spotlight on what had been missing for months in his romantic relationship. His logical, left brain convinced him that he would not find love again and that he had no choice but to settle for a relationship that was not ideal for him. He admitted that the truth had to be told and was preparing for what that would mean. Instead of sadness, he felt relief and was feeling confident that he deserved and could find the partnership he needed.

Lillian reported being exhausted by her job and in a cyclical trap of not having the energy to work on the novel she’s been trying to write for years. She was stuck in a litany of reasons, all very logical, for having to shelve that project day after day, week after week and file it under ‘someday’. Now this may seem obvious, but only when we used the exercise to remove the logic, it  was clear that writing had to happen first every, single day. The possibilities this unleashed revealed a path to Lillian’s dreams and she revealed that it wasn’t only one novel she was writing but that she has seven already mapped out in her mind! All in one quick conversation.

These are four examples of the eight we covered in one hour.

By now, you’re probably asking: “What is the exercise, Laura?!” It’s not going to be shared yet.

The reason being is that I want this read to prime the pump. Think about how you stop yourself from revealing what you really want. Notice how your beautiful brain gets in the way. Notice how every story I mentioned here revealed a hidden desire on top of the primary one.

Let those truths come out!

As it is said: “The truth will set you free”. It will unleash a fabulous, positive energy and THEN, you must act on it. None of the exercise matters if you don’t get into motion and stay in motion within the context of the new possibility/revealed truth.

Bypass your brain and get on with your (true) life! I’ll be right here to help.

Pinpoint–and plan-a fulfilling ”next chapter” of your career with the Now What?® Program Start Today
Buy Now