I heard the call. I wavered – looking for a way out, really hoping I’d find one. Then I committed and pieces began falling into place without my even trying.

The truth is this has happened multiple times but none as clearly as the first and second. First, was back in 1991 when I entered into the unknown profession of personal coaching. The second is now: I am running for NJ State Assembly in the 26th district.

I never could have predicted either one.

What was consistent in both instances was I listened to my gut – my intuition – and followed it despite holding absolutely no vision of an outcome or guarantee. 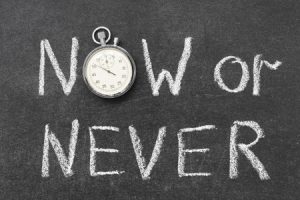 I would love to make this “teachable,” but unfortunately, there is no step-by-step instruction. I’m hoping the story will help. It’s one of determination, doubt, and political shenanigans.

My father was lying in hospice in the hospital the day after the November elections. That morning, I woke up and heard the notion in my head that I was going to run for office. That was 100% laughable but felt very, very real in my body and mind. By real I mean, it registered as truth. Despite my inner critic having a field day with that idea, I filed it away and went on with the business of caring for my father and being with all the family who had gathered to wait for the inevitable.

Fast forward to January. Not too long after the New Year, I had to make a decision about an annual conference that I emcee each spring. The organizers needed to confirm that I’d be back for their event. I knew that I could not do it. I was very, very firm in my conviction even though I could not give very solid reasons or arguments as to why I needed to step down. The thought of disappointing friends was very difficult, but thinking of moving ahead out of obligation or to avoid upsetting people was more torture than just saying no. So, I said no. This opened up months of room in my schedule.

A couple of weeks later, two or three people put the Women’s Campaign School at Yale in front of me as something I should check out. I remembered that one of my clients had attended and a few phone calls later, I was applying to the program. Thanks to many online and grassroots programs, I started diving into immediate training at the same time. As these things lined up, I began to develop what felt like a reasonable plan. I’ll learn the campaigning process, I’ll volunteer on campaigns, and some day when the timing is right, I’ll run for office. That sounded good and reasonable. I could do that.

Ha! So much for that!

During the three weeks it took to get two letters of recommendation to complete my campaign school application, I was sitting with a small group of women at a kitchen table in my town brainstorming how to become more active in the political process in our area. A fast-growing group was already covering our 11th congressional district NJ11th for Change, so we decided to focus on our state legislative district- the 26th.

Oh, my God! What a nightmare that revealed!

We quickly learned how gerrymandered our district is and how our voices have not been heard within it for decades. Our group grew from five at the kitchen table to 30 at our first community meeting and then quickly to over 200 on our Facebook Group (NJ26th for Change). Our group kept wondering who would be running against the incumbents, and I kept my mouth shut. We did discover that some perennials who run year after year were going to run again. And one new person who had been in town government some decades prior was entering the race. Plans were being made to meet them.

Still I was quiet. Until a woman in our extended group, an experienced field director for Hillary Clinton’s campaign impressed me with her knowledge. I approached her to understand what it would mean to run for office. In that moment the ‘tsunami’ began brewing way out at sea.

Meetings with political operators were followed by an offer from Robin, the field director, to be my campaign manager, some sleepless nights, a weekend intensive on women’s campaigns at Rutgers University, conversations with my family and after much angst, a candidate was born. The waves were growing.

Getting the lay of the land as quickly possible meant also getting to know the establishment. In other words, the Chairmen (no women in my district) of the party committees in my district. To make a long story short, as wonderful as it was for them to meet a viable candidate, the wheels were in motion and other candidates (mentioned above) were already being put forth with their blessing. I was not to be one of them. And that, ladies and gentlemen, should have been the end of it. The tsunami could have faded away.

You don’t know me, do you? Nor did they. That was not the end! I already had the campaign website, the campaign bank account, the donation software, the Facebook and Twitter accounts, and the team underway. I hadn’t made any announcements so I could have easily and silently gone back to my life and no one need ever know. However, my memoir (should I ever write one) won’t be called “Motivated by NO” for no reason.

One Chairman could not/would not change his ballots for his convention despite three week’s notice and the other county’s Chairman was perplexed as to why he couldn’t nor why there wouldn’t be a the chance for a write-in. Chairman two gave me his blessing and was putting me on his line, but took it away after speaking to the first Chairman in order to keep the peace. And me? I had nothing at stake other than to tell the truth, so I did.

The campaign went live and press releases to the media after we informed every municipal chair and county chair in the district that I was sent away with a pat on the head and an invitation to come back in two years, but I was running anyway. I was not satisfied with the party choosing one man who (bless his courage) had lost three times and another who was never vetted (his own admission). Furthermore, the first Chairman kept saying his committee would be very upset if they knew there was someone else. We helped him out with that. That doesn’t make one popular.

I now have to win a primary against these two gentlemen on June 6th. I’ve ruffled feathers and even caused some embarrassment to the powers that be. Ultimately, the people of NJ 26th deserve to choose their candidates, not have them chosen for them with very little thought or effort. I am exercising my right to run and support is coming in from around the country through donations and volunteer commitments.

As I reflect on this as a coach, what are the lessons to draw from here? This story is an example of following your intuition, fighting for what’s right, even if it goes against the grain, and exercising our right to have a voice in our government.

I help people exercise their courage every day to do what they dream of and what they must do, whether it feels comfortable or not. I have to walk my talk. Those of you that know me know that this is not out of character, but this time it’s a doozie!

I’m not giving up my day job. (NJ Assembly is considered a part time paid position), but I look forward to seeing where this goes, and I hope you’ll support this adventure. No matter what happens, it’ll only make me better equipped to serve you as readers, clients, or constituents!

Live your truth! I am living mine!