A whistleblower losing their job and being black balled in their field. A politically active executive seeing no choice other than to resign after being harassed for their beliefs. A kid in school getting in trouble for trying to help the victim of a bully.

One of the most confounding dynamics of being human is acting on good faith, pure intentions, and thinking you are doing the right thing only to ‘ruin’ your life in the aftermath.

Having had both a front line and bird’s eye view to some of these scenarios, I can tell you that they are excruciating. That is, until we can step out of ourselves and see that the abrupt turn is actually a new direction being put right in our path.

In the short term there is pain, regret, loss, anger, second guessing and running the scenario over and over in one’s mind until it becomes an unhealthy obsession.

Losing a job or the ability to work in your field or attend your school have real and upsetting consequences. Short term remedies might need to be found.

However, the only way out is through. 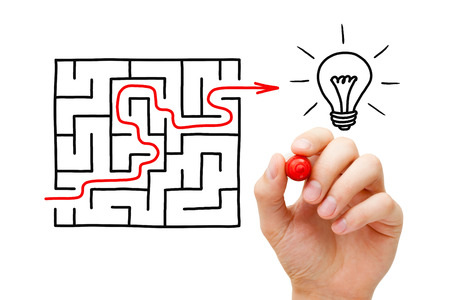 I ask my clients to shift their perspective from seeing this turn of events as happening TO them to something that is happening FOR them. To somehow, despite the pain and loss allow the turn to become an invitation to something good and dare I say, even better. (oooh that’s easy to say, but I know, harder to do)

When all you hit are roadblocks, you have to take a detour or find another way.

Take Stock
What are you left with? If a vase fell to the floor and broke into pieces, you still have something left—the water that spilled, the glass pieces, and the flowers that were in it. You can still make something new.

Allow Things To Change Form
This is where people get stuck. They can’t or won’t let their hard skills and soft skills change form and be put to use somewhere new. It’s hard to see another possibility. It becomes an identity crisis. Who am I, if I don’t have what I just lost? This question has a positive answer. You have to set out to find it.

Determine the CORE
What matters now? What mattered to you about the ‘old’ thing you were doing or about the place that you were doing it in? What was central to your satisfaction or happiness with it? Where was the meaning for you?

Whatever your answer to these questions is, is the core of what’s left. THAT becomes the pursuit. Where and how can you exercise that CORE?

Whatever obstacles have been put in your way that keep you from doing what you want to do the way you want to do it are an invitation to change. Change is a tall order, and it’s not easy. But if you want OUT of the pain caused by the block, you have to do a bypass.

Trust me – YOU WILL LAND—you will be found.