If you’ve been following along, I ran for NJ State Assembly, announcing in March and losing my primary on June 6th. What am I taking away from this experience?

NO PAIN, NO GAIN 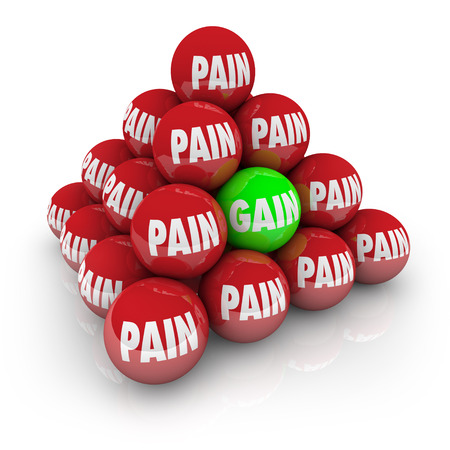 Running for office, especially as a neophyte, was a huge learning curve. I thought of it in January and by mid-February, life handed me a campaign manager and a handful of consultants who helped me weigh the decision. I jumped in with both feet and ran “off the line” for a chance to represent on the Democratic side.

I knew I was attempting something very difficult to achieve. You want the party endorsement (thus being “ON the line”) because most people blindly vote for whomever was chosen for them by their party. However, my fire was lit, and it was not going to wait two years to attempt to make a difference.

Being a professional speaker and performer, I was not intimidated by the public aspect of running for office, but my greatest asset, I found, was my ability to listen. As I participated on panels and a candidate forum, I repeatedly heard my fellow candidates speak ad nauseum on tangents and not address the question asked.

These were not experienced “pivoters,” but people who like to hear themselves talk. At one point, I was the last of four to address a particular question, and I asked the person who asked it if he thought his question had been answered. He said no.

I proceeded to answer, but prefaced it with “Please don’t confuse my economy of words with not having anything to say. I believe in addressing this head on. The answer is no.”

I waited for the election results at a friend’s house, along with the couple who hosted and my husband. We could see the outcome starting to gel, and then the final call from an official source came in. I had lost. I was OK. Until I wasn’t.

The news was crushing, and I felt embarrassed that I had thought we could pull off the near impossible. The first day post election was ugly. I was so grateful that people were clearly giving me space and not rushing to call me. My disappointment quickly moved to anger. I was livid that it seems that most people do not spend ANY time paying attention to who they are voting for and that many don’t show up to vote at all. I got half as many votes as the two winners (three of us were running for two seats), and I earned every single one of them. It only made me more angry that apparently thousands of people (25% of eligible voters who voted) did not even pop open their computer for thirty seconds of research. If they had, they’d have seen that neither of my competitors had a website nor much online presence at all. Perhaps they may have voted differently when they could only find one of us and gain an understanding of what that one stood for.

So there I was having felt compelled to run because the party didn’t care about my district or who actually won it —and the candidates who raised virtually no money and were not running a proper campaign took the win to compete in the general election in November.

Day Two, I was relieved. Day Three, I was completely cynical about our system, and the ability of good people ever being able to make a difference. Day Four, I was relieved that I didn’t have to keep campaigning. Day Five, I was fine – the grieving cycle had ended.

I have no regrets. And, in fact, I am SO happy that I ran!

I have made more progress in getting involved in my town and state and therefore, the nation, than I ever would have just despairing about the news on TV. I had a ringside seat to the inner workings. I’m not an expert, but I now see how HUGE I had made the barrier between politics and me. I, like many people, was just ignorant and diving in showed me it’s really easy to understand. I used to avoid it at any cost. Part apathy, part not knowing where or how to start understanding it. With that said, politics is not the point. Knowing how government works at the municipal, county, state and national level is so that I can continue to be an agent of positive change. I hope I have shown others what’s possible.

These last few months took me away from home a great deal of the time.  It turned out that my family may not have acted like they missed me much, but now that I do not have to campaign any longer, I can see some very important things that need my care at home. Turns out we only have so much energy and attention at any given time. This is something that keeps women, especially, from running for office. It won’t deter me from running again, but I’ll be better prepared next time.

Thank for taking the ride with me, and stay tuned for what’s next. Even if our politics are not the same, please know I don’t want to be a politician. I do want to be someone who listens, finds the patterns in the chaos, and works to be a part of the solution.

As a woman who stopped me in the grocery store said to me last week:
“I told my friends you weren’t a Democrat or a Republican. I told them you were someone who can get things done.”

I’ll take that and run. The support of so many has made this journey possible. As much as I wasn’t doing this for myself, I could not have done it by myself. Thanks for following along.