Day in and day out I talk to people who are on a quest to make a change in their work and, therefore, their lives. With that daily privilege comes a front row seat to all the ways that people get in their own way. I’m a witness to helplessness in career transition and as harsh as this may sound, I think the helplessness is a convenient excuse.

Lorraine (name changed to protect confidentiality) was part of a COVID purge and was deflated by the swift and unexpected turn of events in her life. Perfectly understandable she had feelings of betrayal and loss. She could withstand unemployment for a while, but she felt paralyzed by the prospect of finding a new job during an economic downturn. She admittedly enjoyed some time off, but as the days grew to weeks and then months, she found herself spinning and procrastinating. It was easier to focus on her kids and home projects. She didn’t even want to face the computer and plant herself down to research or apply for jobs online. 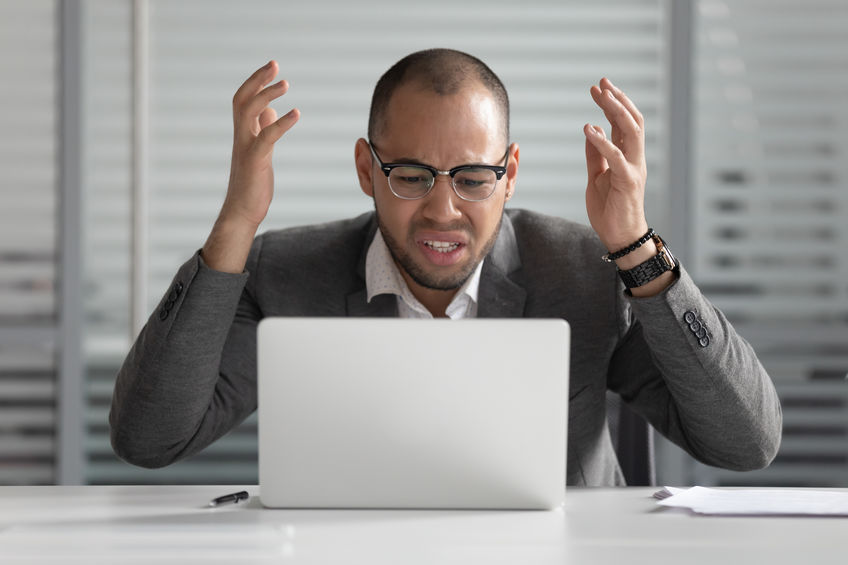 Let me offer some different ways of thinking that can help you plant your butt in that seat and put daily action into your job search.

You must shift from:
• Victim to Opportunist — What if life’s sideswipe was not something that happened TO you but rather it was something that happened FOR you? This “new-agey” adage is becoming cliché, but it’s so accurate. Seeing yourself as a victim of this circumstance is a waste of time. Instead, realize it’s an opportunity to correct what you may have not liked about your previous post. It may be the very kick in the pants you needed to make a change or at least wake you up out of complacency and make you take a good hard look at yourself. What if this really was part of a plan to get you on a path to something better? What will it take for you to see it as an opportunity?

• Lost to Grounded — So many clients feel lost. I know it’s unsettling but feeling grounded, focused and on a path is instantly available. Adopt a different mindset. Reframe “I’m lost” into “I’m uncomfortable not knowing my destination” or “I’m figuring it out.” Both are more powerful than “I’m lost.” It’s OK to not know where you’re headed as long as you make the work of finding the next thing your current destination. You’re on a path to finding the next thing.

• Scared to Willing — Fear is normal. It can be a great motivator until it isn’t because it freezes you, making action impossible. All you need is the will. Are you willing to do what it takes to get to the next job? You don’t have to know exactly HOW you’ll get there, but you have to be willing. Your thoughts determine your action. If you’re scared and action is zero, “willing” will move you into action. What are you willing to do?

• Loser to Winner — It is FAR too easy to start believing you’re a loser because you were let go or something came to an end without your permission. I had a conversation yesterday with a man who was let go from his last two jobs. He had a sad sack story and was sliding into the pit of despair. I asked him if it was his fault that those two jobs disappeared. The answer was equivocally no. There was no performance-based reason. These were cutbacks due to the policies of the last four years and then COVID. Surprisingly, saying it out loud that his losses were not his direct fault freed him from his “sad” story, and he was very energized as he told me his thoughts about the changes in his industry that led to the cuts. He left the conversation with some clarity about where he could find new opportunities just by changing his MIND!

Helplessness is a result of not having practice. Who practices being unemployed? Nobody. There is no preparation training or even discussion about it. It likens to a tabu disease that evokes shame as if it were your recklessness that brought it on. If you get no practice for being in between jobs (we hope you don’t have practice!), then how should you know how to cope? You don’t. Therefore, what’s required is more discipline and structure than you had when you were in a job. You have to create that for yourself. Help yourself because it makes you MUCH MORE ATTRACTIVE as a candidate for employment. Would you hire the sad, helpless person, or the one who exudes well-being and clarity about their value?

Hmmmm. Come on, hop to it! You’re not helpless. Use your resourcefulness the way you would if this were a fun creative project you had to figure out. Pretend, if you have to. A new opportunity awaits.