Many people are feeling a need or desire for a fresh start, thinking they need to “reinvent” their lives. As we know at Now What?®, the most successful “second acts” actually are not reinventions at all, but rather come from what this author describes as, “crafting a new idea that’s almost always deeply rooted in earlier chapters and activities.” 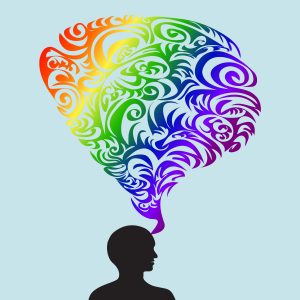 What might you draw from your past or from the essence of who you are to carry you into a brighter future?

You Don’t Need to Reinvent Yourself for a Second Act

There is so much darkness in our world right now: repeated loss of life to the ravages of terrorists or racial tensions, and the polarity of approaches to the political climate in the United States. It’s not unusual for the events of the world to shuffle the balance of darkness and light within us.

Are you finding yourself questioning your own life as you move through the effects of consuming the news and social media? Is the time focused on the mishaps, tragedies and angering differences ripping away at your sense of safety and order? I would expect that to be the case.

Times of uncertainty and chaos force us to get a grip on ourselves to stay sane. We need to get more specific about what works for us or not. The negative is trying to find a release. And clearly, there is a lot of negative that’s been bottled up for a long time. It’s now making itself known, and the call is for us to counter it with all the goodness we can muster. 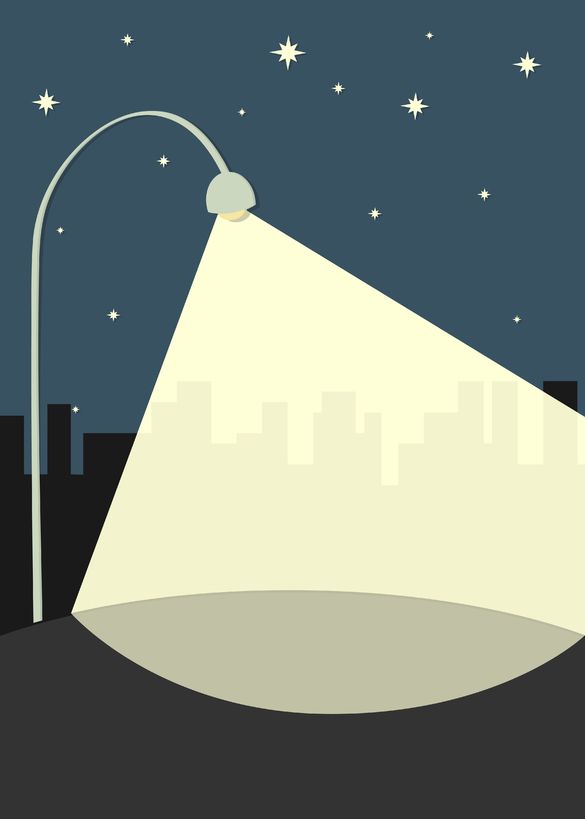 If your questioning is about your work and where you could find a better fit, take note of what it is, specifically, you can no longer contend with. You’ve probably known for a while, but the darkness will find a crack to leak out of and then color everything you do. Allow the dark to push you into the light. Let it force you to wrestle with what you would rather not contend with because it will get you to the other side (light).

It’s like hitting turbulence in a plane. It’ll rattle and bounce you around, but the pilot will find equilibrium and keep you going.

You’re the pilot, so be patient with yourself, moving away from what (or who) no longer serves you and pointing your face to any bit of positive news and hope you can find.

As humans, we need hope, and it has to start with each of us doing our part to emanate good stuff.

Does it stop the atrocities in the world? Does it fix any problem we face individually or collectively? Not immediately, but it puts us in a better state to make decisions and to brainstorm action.

If you are questioning your life or having a time where things are not as clear or easy as you would like, balance the darkness. Don’t let it eat you up. Focus on what DOES work and create circumstances that allow them to multiply. Make bold, new steps from a balanced place.

Let the darkness give way to the light . . .

I promised you the third installment and here it is: Video THREE is about the third block to clarity: BELIEFS

“But I can’t make a change right now.”

We’ve heard it all.

Our third and final video walks you through the third block to clarity- beliefs.
Watch to understand how to get to the other side of the blocks and then JOIN Laura for a chance to do the WHOLE Now What?® Program with her guidance at a fraction of the cost of one-on-one coaching.

One lucky participant will also win a private coaching engagement with Laura. Your registration is your entry ticket to answers and to the GRAND PRIZE.

It was nice to hear from so many people who saw the first video that debuted on Monday. I hope I’ve answered your questions here in video TWO which is about the second block to clarity: IDENTITY.

Do you allow who you think you’re supposed to be get in the way of what you really want?

I know I have.

I spent years dragging my feet to make a career change because I felt so many people were invested in me doing what I did before. So many other people’s hopes pinned to me pursuing and achieving my Broadway dreams. It took me longer to leave that chapter because I was attached to the IDENTITY of the artist before I realized I could be an artist in other ways.

If you or someone you know is stuck not knowing what to do next in life or career, this could be part of what’s stopping you.

Watch the second video HERE and join me for some upcoming events that will help you find your way out of the hell of second guessing and into the new future you’re longing to create.

Please comment on the blog to let me know your thoughts.

You are NOT what you do or have always done…… 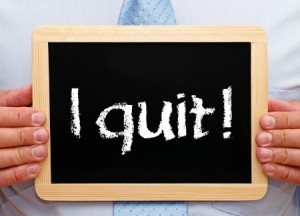 Exploring next career moves, doing a job search or starting a new endeavor like your own business are all daunting and often, frustrating propositions. Many times you’ll come up against a lack of results or clarity that dumps a heap of hopelessness on you in the from of “I want to quit!!” Should you?

To quit or not to quit? What do you think I’m going to say? No! Of course, you don’t quit. Not yet anyway.

I always say: “ Life will tell you if you’re wrong. YOU don’t need to decide”. Roadblocks, a lack of results, obstacles and setbacks—those could all certainly be interpreted as life saying, “give up”. But maybe there’s another message.

If you were running a race or working out at the gym and you experienced pain, you’d have the choice to stop or to work through it. Most athletes work through it being sensitive to the threshold where they’d cause major injury. The smart ones also know to build in recovery time in between the big competitions or work outs.

When it comes to your exploration or ramp-up, ‘pain’ can mean, “Wait!” Just pull back, observe, divert your attention to something else to gain perspective and then
re-engage. Taking your foot off the accelerator and coasting in ‘neutral’ for a bit can go a long way to knowing whether to proceed and how to do so or whether to redirect your energies to something else altogether.

Maureen is Senior VP in the finance industry and she has been on a campaign to further her career. She knew it wasn’t time to begin a job search but she did feel that strategizing a way to be better known and more valuable in her organization as well as her industry at large, was necessary to her future plans. She made a Herculean commitment to networking and even cold calling at an ambitious pace of several times a week. She was quite successful and then hit a wall. People weren’t calling back at the same rate, the lunch meetings weren’t happening and the pipeline was drying up. There was some harsh self-criticism, berating herself for quitting her pace, but we reframed that to allow herself some breathing room. In the open space, an opportunity appeared to be given larger responsibility along with greater exposure within her company. Succeeding at the new task would be a huge boost and resume-building highlight which would poise her for a promotion or better opportunity elsewhere.

Let’s call what happened to Maureen the result of ‘focused in-action’. She wasn’t giving up but she was allowing a break to see what might emerge. In this case, an opportunity came up but you might find inspiration for a different strategy, the idea to call on someone else you may need to talk to or you may find a slight course correction.

The next time you want to quit, take a break instead. Allow some focused in-action and pick up within two to three weeks. If you go longer, it will become unfocused in-action and you could derail. If nothing emerges in your break, you may need to go back to drawing board. It’s OK. 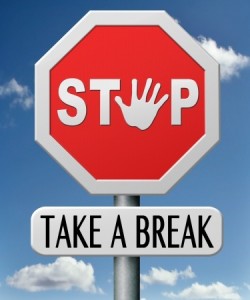 Quit? Never. You may have to go a different way but keep your eye on the ultimate prize—-a satisfying line of work. It just may look different than you thought. 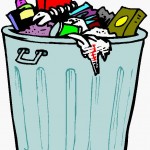 It’s time to take out the trash, folks, even if the trash is YOU.  I know that sounds rude, but it’s a new year and I’m turning 51 this week and as my patience for nonsense wanes at an astounding daily rate, I am passing my sass on to you.

This is not a “misery loves company” scenario. No.  It’s an I-don’t-care-what-you-think-of-me, but I do know what works slap down.  I want my sass to slap your _____(rhymes with sass) into action.  Maybe some ego mixed in there, but no harm is intended.

Do you want to gain clarity in your life? Do you want to figure out your next career steps? Do you want to feel commitment to a bigger vision of what’s possible for yourself?  Then, call it a trash day every day for the rest of this month and get on with it.

People underestimate the importance of a clear slate to strategizing new horizons.  We mistakenly think we can compensate for and overlook the physical clutter, emotional baggage, poor health, soured relationships and dysfunctional work or home scenarios.  We think we can carve out an escape route and all of that will fall away behind us and it’s just not true.  Problems will follow you even into a shinier new situation. Wading through the garbage is what gets us to a clear, new, unfettered path.

I am not advocating for perfection and tidiness in all areas, but what I am asking for is a higher level of awareness.  Garbage drains you of energy, mental bandwidth, creativity, awareness of your intuition and peace.  Without those, you are just existing and not growing and probably feeling down and discouraged.

Michael is a high-level, well-paid executive who has lost his edge.  He doesn’t feel any passion for his work anymore although he did five or six years ago.  Relationships are strained at his job, he’s wearing out his friends with the same repetitive complaints and he doesn’t feel motivated to keep up with his exercise routine.  He hired me because he wants to make a decision about where to focus to find a new job opportunity.  Where we started was with the clutter.  Sustainable, good decisions aren’t made in the midst of chaos.  As he addressed the chaos, I could hear his confidence building.  Week by week, his conviction and vision of what he wanted for himself grew.  The ah-ha’s are already breaking through like the sun does after a rainy afternoon, and I know that definitive decisions and actions on the career move are immediately imminent.

Shouldn’t that be you?  It’s garbage day.  You know what to do.